I’ll never win these competitions, I’m a born loser, and you can’t change that… I can’t train regularly anyway because I have a small child. Other people are fine – they have grandmothers, nannies, but I do it all by myself… I will never hit a jackpot at online blackjack, I have tried so many strategies, but it makes no difference. So it’s not worth trying…

These phrases are nothing more than an admission of learned helplessness. When it is easier for a person to sign off on his helplessness than to make the effort to solve the problem.

What Is Meant by Learned Helplessness

The condition when a person doesn’t believe in themselves and doesn’t try to change their life for the better, even when there is every opportunity to do so, is called learned helplessness.

In the first phase of the trial, the dogs were divided into 3 groups and put into 3 stages:

In the second stage of the test, all dogs were put in a common stage separated by a low partition. On one half of the stage, where the dogs were, an electric current was run along the floor. The second half of the stage was safe.

The animals in the first and third groups, experiencing unpleasant feelings, quickly thought and jumped over the partition.

The dogs in the second group rushed around the stage, cowered in the corner, whimpered, but did nothing to remedy the situation.

Having once had a negative experience of helplessness, the dogs despaired in another crisis situation. They refused to fight and didn’t even try to find a way out of the difficult situation.

Seligman concluded that the learned helplessness was not caused by the unpleasant situation itself, but by the lack of control over it. Dogs from the second group realized that no matter what they did, they would still get an electric shock.

The dogs were artificially led to the learned helplessness syndrome. Where do humans get the roots of this problem?

Seligman suggested that the inability to control the situation and influence the final result leads to a deficit of several abilities at once:

The syndrome greatly reduces the quality of life. The person blames himself or herself for all failures, and puts his or her hands down, believing that any endeavor is doomed to failure. “Circumstances are higher than I am,” and the person resigns himself to another collapse of hopes.

As a result, he simply stops trying to change the situation for the better. Even if the solution to the problem is lying on a silver platter, the person is convinced in advance that nothing will work out for a loser like him. Such a decadent mood, fear of failure, lowers self-esteem and leads to depression.

How to Become a Winner in Life

Let’s take a closer look at the situations of our heroes. What prevents them from achieving results and what they need to do to achieve the goal.

I’m a Failure, and I Can’t Win Competitions

With such a mindset, athletes suffer a defeat long before the start. It has nothing to do with fitness. Winners simply live by different rules. Everyone has a losing streak.

Defeat is always an opportunity to become better, stronger. The key thing is to draw the right conclusions. Don’t blame yourself for defeats. Don’t blame others – the coach, the opponent, partners. Analyze what was done poorly and what was done well. Find the good points in a bad performance. Identify the specific problems that prevent a good performance, and work to fix them.

Or maybe the problem isn’t genetics and parents, but the way of life? If the family leads a sedentary lifestyle and has an inappropriate diet – the menu is dominated by fat, sweets and flour products, then of course it won’t be possible to lose weight. After all, the intake of calories exceeds their expenditure.

What can and should be done?

Gradually and consciously change your lifestyle. Allocate time for regular, at least two or three times a week, workouts. Adjust your diet. Make sure that the balance of calories is negative.

In one or two days to eradicate the syndrome isn’t possible, too deeply rooted in the psyche is a fear of failure. But to make the first step to the desired goal is possible and necessary. You will have to work hard, but the liberation from the stamp of failure is worth it.

After all, even those poor dogs – from the experiment, from the learned helplessness have been delivered. However, in order for them to realize that in order to get rid of the electric shocks they had to jump to the other side of the stage, they were dragged over the partition on a leash at least 25 times. Only then did the dogs realize how to escape. 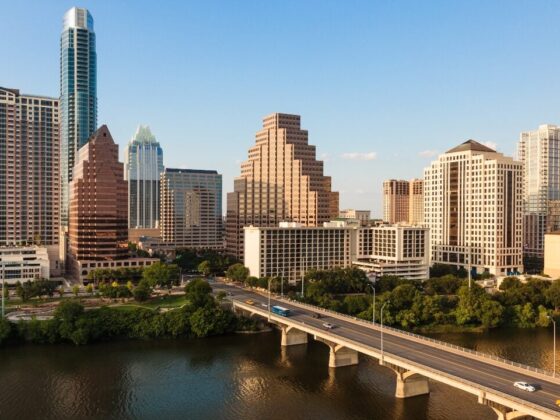 The 5 Biggest Cities in Texas and What Sets Them Apart What Type of Car Seat Should You Use for Your Child?