Christianity is not just a religion; it has been a subject of art for a long time. Many of these art pieces demonstrate the extraordinary skills and dedication of the painters with absolute perfection. These Christian paintings are not just colors on canvas; they carry history and culture on their shoulders.

Mostly, Christian paintings were dominated by the scenes of the Old Testament and the life of Jesus Christ himself. With unique interpretations, these arts had the sole purpose of strengthening human faith and drawing conviction from the viewers.

First on the list is a 15th-century mural painting, The Last Supper, created by probably the greatest of all time, Leonardo Da Vinci. This masterpiece was Da Vinci’s most known art piece after the world-famous Mona Lisa. Commissioned by the Duke of Milan during his first stay in Italy, this painting was created as a part of a renovation plan for the Saint Maria Delle Grazie church.

Talking about the painting, it represents the last supper of Jesus with his 12 disciples, as it is depicted in the Gospel of John, 13:21. This is when Christ tells his disciples that one of them will betray him, which sparks feud and outcry among them.

Da Vinci was probably at his best while crafting this masterpiece, as the painting had incredible detail and realism. But, that is not all; Da Vinci painted a range of emotions on each of his apostles. Furthermore, it is said that the characters are perfectly portrayed, as they were mentioned in the scriptures and historical records.

Next on the list of Christian paintings is The Creation of Adam by Michelangelo, which was painted in 1510. Commissioned by Pope Julius II, this iconic painting is a part of the artist’s Ceiling of the Sistine Chapel, a well-known Christian art. The artwork is based upon the Biblical account of Genesis and has become one of the most recognizable works in human history.

The painting carries a profound spiritual value and mystical belief – it portrays the moment when the Almighty gave life to Adam, the first living being in the holy world. In the artwork, God is portrayed as an elderly white-bearded man dressed in a cloak. Adam is shown entirely nude, peacefully resting on the ground with an arm stretched towards God.

Besides, this masterpiece also depicts the transference of knowledge from God to humankind. When it comes to interpreting art, the opinions have been quite varied. While some see the picture as a mutual affinity between God and humanity, others explain the part where humanity is being separated from the divine ones.

The Renaissance period was famous for the arts and was full of some of the most talented painters. In the period, artists created numerous paintings related to Christ and Christianity, which were well-known to the world. One such painting is The Sistine Chapel, painted by Raphael between 1513 and 1514.

Commissioned by Pope Julius II, the painting is filled with multiple Biblical characters and scenes that are very well depicted. The central figure of the painting is Madonna, a representation of the Virgin Mary, holding baby Jesus in her arms as she walks in the cloud.

Surrounded by Saint Barbara and Saint Sixtus, this heavenly picture also features two cherubs staring innocently at Mother Mary and baby Jesus beneath her feet. It is also worth noting that the painting of two cherubs has also gained appreciation in the modern world and is often reproduced solely.

Created in 1669, The return of Prodigal Son is the renaissance artist Rembrandt van Rijn’s last known painting. Critics have widely praised this masterpiece for the emotional moment the artist captured so precisely and perfectly. In addition, the extreme level of detail presented in the painting is praiseworthy.

Like Rembrandt’s many other works, this particular painting is a perfect example of the artist’s use of lights and shadows, creating a dramatic effect in his works. The artist effortlessly captures the moment a son returns to his father, begging to take him in as a servant.

To the son’s astonishment, his father welcomes him with arms wide open, while his elder sons are left scorned by their father’s reaction. This painting has often been regarded as Rembrandt’s most incredible artwork.

The Burial of the Count of Orgaz – El Greco

Born Doménikos Theotokópoulos, El Greco was probably the most famous painter of the Spanish Renaissance. The artist was born in Greece but spent his life in Spain and breathed his last in Toledo.

Commissioned by the parish priest of Saint Tome, this painting titled The Burial of the Count of Orgaz was created to commemorate the funeral scene of Don Gonzalo Ruiz. Entitled the Count of Orgaz (a town in the province of Toledo), Don Ruiz was widely known for his philanthropic works.

The painting features two very different worlds – one of the earth and the other of heaven. As of earth, the people of Toledo have gathered around to pay their last tribute to the Don, while Saint Augustine and Saint Stephen have descended from heaven to assist in the burial ceremony. The painting has been called El Greco’s greatest masterpiece and is perhaps the most famous religious painting of the Spanish Renaissance.

These are some of the most famous Christian paintings that have carried history and culture from the time of their creation. Just imagine how amazing it would be to walk into a room full of angelic art! One would feel divinely surrounded by such paintings. Not only do you experience a sense of divine serenity, but also a positive buzz begins to build inside you. 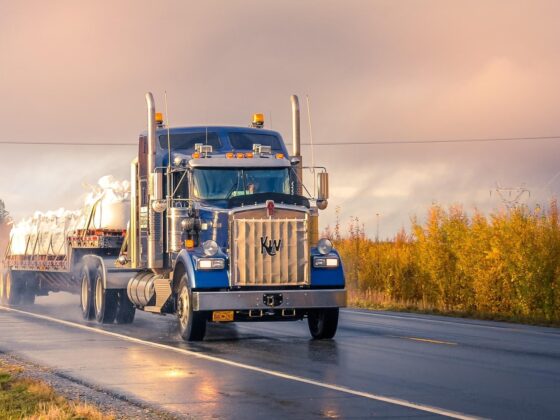 A 5-Step Checklist for Starting a Successful Trucking Business