These days, we all need a good laugh. Thanks to technology, people can resort to Netflix anytime they want and find something to watch in the platform’s jam-packed entertainment section to escape the headlines. While there are a ton of originals that won’t be leaving the streaming giant, what about the studio comedies that pop up every now and then? How are you supposed to know where to find laughter in such times? We’re here to help lighten the mood and provide you with your daily dose of a laugh with this consistently updated list of the top comedies now available on Netflix.

1. Anchorman: The Legend of Ron Burgundy

With the arrival of an egotistical news anchorman from San Diego in 2004, comedy history was changed forever. In the 1970s-set comedy Anchorman, played by Will Ferrell, Ron Burgundy finds himself torn between his love for Christina Applegate’s character and his career. This delightfully goofy film felt like a classic right from the beginning and made fans the day it was released.

2. Cloudy with a Chance of Meatballs

Who could have predicted that a movie based on a fairly weak work of children’s literature would end up being one of the most cherished family movies of its time? Flint Lockwood, played by Bill Hader is a silly inventor who causes his little community to explore food-based weather. Funny and endearing, this blockbuster was big enough to spawn an almost-as-good sequel and a spin-off TV series, which are both available on Netflix.

Why was it so difficult to satirize the fantastic, unrepentant extravagance of the Eurovision Song Contest? 2020’s funniest film featured Will Ferrell and Rachel McAdams as two clumsy Icelandic singers who completely turn the world singing competition upside down. This film is a terrific retreat for viewers across the globe because it is unapologetically funny.

4. The Edge of Seventeen

In this fantastic coming-of-age dramedy, the lovely Hailee Steinfeld plays a high school junior in the Portland neighborhoods who learns some painful lessons about friendships and the general idiocy of grownups. Since her father’s passing, Steinfeld’s Nadine has been going through a crisis and hysterically struggles through her daily existence. Additionally, Haley Lu Richardson and Woody Harrelson also have amusing supporting roles in this.

5. Hunt for the Wilderpeople

Taika Waititi directed his most endearing movie in this coming-of-age adventure drama about a youngster who flees into the New Zealand bush with his cranky uncle (played perfectly by Sam Neill) long before he won an Oscar and joined the MCU. Every once in a while, a movie comes along that is just impossible to dislike. This is exactly one of that kind.

Although most people think of this movie as a Christmas film, It’s a classic that can be watched whenever you’re in the mood for something light and wholesome. It’s one of those epic ensemble performances with many tales of failed and successful love stories from all over England. Hugh Grant, Emma Thompson, Liam Neeson, Keira Knightley, and a plethora of other well-known actors gave genuinely charming performances, keeping this at the forefront of popular culture for close to two decades.

This film is far sharper and more progressive than that reputation suggests, yet it is all too frequently dismissed as another stoner comedy for slackers. It is consistently amusing from start to finish and John Cho and Kal Penn give endearing performances as the main protagonists. They may only be looking for a cheap cheeseburger, but they also pick up some valuable lessons on friendship and confidence along the way.

8. The Mitchells vs. the Machines

Sony had originally intended to distribute this movie to theatres but during the epidemic, the studio sold this off to Netflix and probably felt bad about it. This comedy is one of the most highly acclaimed and widely popular animated movies of 2021. It’s about a father and daughter’s emotional bond as much as it is about the fact that they end up having to save the planet together.

9. Sorry to Bother You

The frontman of the hip-hop group The Coup makes his directorial debut with Lakeith Stanfield in this production, which nevertheless feels a little underappreciated despite amazed viewers at Sundance. This comedy is brutally honest, with a style that combines hip-hop aesthetics with the weirdness of satirists like Terry Gilliam and Michel Gondry.

In the movie, Stanfield plays a telemarketer who climbs the corporate ladder in search of the genuinely sinister secrets that dwell at the top. It seems like a movie that more viewers will discover on platforms like Netflix and that could influence the next comedy.

This wonderful adaptation of The Shop Around the Corner was directed by Nora Ephron, a well-known author of rom-coms, and it is one of her own modern classics. In a story about two people who connect online while unaware that they are in fact business rivals, Tom Hanks and Meg Ryan star. This movie, which tells the story of internet dating in an ever archaic manner, really depends on the dazzling star power and charming chemistry of Hanks and Ryan.

Bonus Films For An Extra Pinch Of Fun!

This early 2000s examination of cliques and culture was written by Tina Fey, and it would go on to become one of the most important coming-of-age movies for an entire generation. In the movie, Lindsay Lohan is a new student at a Midwest high school who finds that the creatures near the lockers are far worse than anything she experienced during her recent trip to Africa.

The movie holds together thanks to excellent supporting work from Rachel McAdams, Amanda Seyfried, and others, but Fey’s brilliant screenplay is truly what made it feel like an instant classic.

2. Monty Python and the Holy Grail

Between the third and fourth seasons of Monty Python’s Family Circus, a break was given, and the group of incredibly brilliant comedians decided to change the course of cinema. Holy Grail, a timeless comedy based on the King Arthur tale, is a rare movie that will still be making people laugh hundreds of years from now. The Monty Python boys were already well-known, but this movie elevated them and cemented their status as iconic actors.

Three buddies, played by Luke Wilson, Vince Vaughn, and Will Ferrell, attempt to recreate the wild antics of their college days by returning to campus in their 30s. Wilson’s charm, Vaughn’s aggression, and Ferrell’s bravery are all highlighted in this movie, which expertly plays to the talents of its ensemble. It’s one of the comedies from the 2000s that is viewed and cited the most.

Netflix has the most bizarre collection of films, but they continue to stream the hilarious 2002 original that started it all. (Apart from that, they also have Bad Grandpa and the “.5” movies created from raw cut footage from the full ones. We still don’t know why) Jackass significantly changed the essence of physical comedy, and its impact can still be seen in social media and viral videos today.

To Wrap It All Up

The weekend is for having fun and sharing heartfelt moments with loved ones, so watch these timeless comedies on Netflix to brighten your day. Spectrum Espanol will hook you up with the best internet speeds for seamless streaming of all your favorite comedies on the weekend! 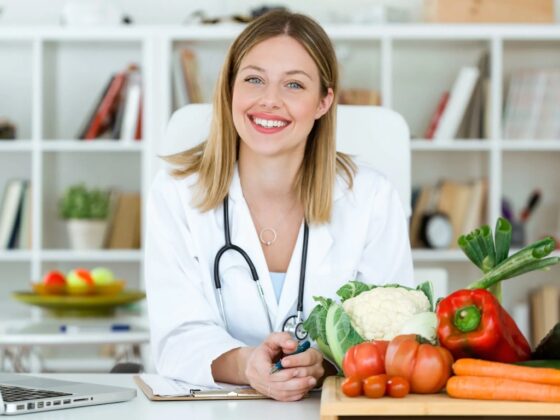 Clinical Nutritionist 101: Everything You Need To Know About This Career Choice 4 Scenarios Where a Telehandler Is the Perfect Piece of Equipment